‘Happy Love Island Day’ – yep that officially became a thing. As a nation we are unashamedly obsessed with the ITV2 summer smash hit. Last night, with 3.7 million viewers tuned in to watch, 12 new swimwear clad beauties were flown to Spain to spend 8 weeks in the most famous villa on TV. Watching along, it got me thinking about how this group of preened singletons (or not so single, if rumours are to be believed) are indeed a bunch of ready-made influencers despite not having control of their own social media.

Long before we even met the new contestants, whose love lives we will become so heavily invested in, it was announced that online fashion retailer I Saw It First would be the exclusive fashion partner of Love Island 2019. This demonstrates how, from the start, brands recognise contestants in the villa as influencers who they know will have the power to completely sell out their clothing. Following in the footsteps of Missguided’s success of dressing the girls in the villa last year, it’s now one of the hottest platforms for brands and is practically viewed as a fool-proof marketing strategy. After all, with less than 12 hours passing since the first episode of season 5 aired, most of the contestants’ Instagram follower counts have already doubled. At the time of writing, boxer Tommy Fury currently leads the pack with a whopping 268K followers, followed by surfer-model Lucie Donlan with 204K. If you’re not convinced about the exposure Love Island offers contestants and brands, it’s worth noting that before entering the villa, Lucie was on a follower count of 60K.

With this many number of eyeballs instantly pointed in one direction, brands who are looking to appeal to the 16-35-year-old market will now want to take full advantage of the villa inhabitants new found social media fame. 5 out of the 12 contestants already have a professional management contact in their bio, to ensure no opportunity is missed. As they break through the social media stratosphere and have to deal with all the inevitable pressure that comes from being catapulted onto the nation’s screen, it’s also very important to remember the welfare of the contestants. This is an issue that has been publicly debated since the untimely deaths of former Islanders Mike Thalassitis and Sophie Gradon. It’s encouraging to see that already contestants are securing professional management teams early on in their careers, as with this comes a network of welfare and support offered. ITV has also announced that this year they will be giving all contestants bespoke training on social media and financial management, as it is keen to protect contestants and combat the backlash against reality TV shows in the wake Jeremy Kyle being cancelled.

When it comes to taking advantage of this new-found platform, it’s not just the sponsorship brands that are getting involved. Love Island and ITV have always recognised and utilised their Islanders as the ready-made influencers that they are. Just look at how they provide contestants with personalised water bottles – this is something that ended up taking viewers by storm. Recognising this opportunity, they’ve kicked things up a notch and now have a full range of official Love Island merchandise, including items such as the infamous water bottles, suitcases and makeup bags – all now for sale via a dedicated Love Island Shop website. Who will be promoting the products on your screens 6-days a week? The Islanders of course!

One thing that’s for sure is that there is going to be a long list of brands queued up and ready to collaborate with these soon to be social media heavyweights. From an influencer marketing perspective, it’s always interesting to see how brands create reactive campaigns around what can often be short-lived fame. My main piece of advice that should always be remembered is that whether you’re a teeth-whitening company or an anti-bulling charity, only align yourself with those who actually strategically align with your brand – don’t jump on the band wagon because of fear of being irrelevant, your current consumers and indeed potential consumers won’t thank you for it! 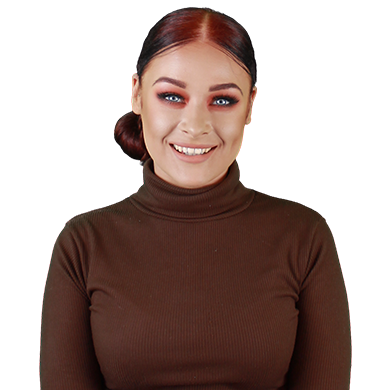