Much hype has been centred on the arrival of the 4G network into the UK in recent years. Yet, since its arrival the potential of this super-fast network has not yet been fulfilled in the eyes of many. The real big hitters in the market (Vodafone and O2), have been restricted to sit back and watch their competitors soak up the limelight. 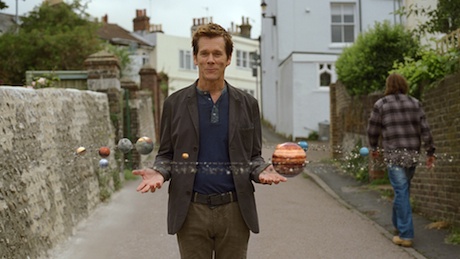 EE are currently the only operator in the UK that provides the service. This has been well documented in the media (with those silly Kevin Bacon adverts). To their credit, they have merged operational giants Orange and T-Mobile under this umbrella. It was a clever move to tie in the re-brand with technological advancements. In one fell swoop they have made established brands seem like old men trying to be trendy. However, poor signal coverage, over-priced tariffs, limited data coverage and inadequate customer service have seen them receive a bombardment of negative press. There may not be a wealth of 4G customers in the UK at the moment but the numbers look likely to soar. Vodafone, o2, Three and BT are all set to join the party this year, so EE will have some serious competition of their hands.

Where is mobile right now?

It has been the buzzword for a few years but will this finally be the year it takes off properly? Well, all the evidence seems to point in that direction with mobile traffic reaching an all-time high in Christmas 2012. It is rumoured that mobile search traffic will surge ahead of traditional desktop computers and laptops by 2014. Smartphone sales continue to boom with models such as the Galaxy S3, iPhone 5, HTC One X, and Nokia Lumia all boasting larger screens with better resolutions. These devices now contain the power to offer a far greater user-experience, not to mention new form-factor tablet devices which are on many people’s shopping lists.

Data from Strategy Analytics suggests that 4G accounted for over 90 million mobile connections globally in 2012, led by the US, Japan and South Korea. However, that figure will rise to an approximate 275 million by the end of this year and possibly up to a billion by the year 2017. Furthermore, 60% of operators globally will be supporting 4G services come the end of the year.

What does all this data mean for companies with a mobile presence?

PC sales have dropped for the first time in 5 years as pointed out last week by my colleague Simon. Have mobile devices had an influence on this? Certainly. If this isn’t a glaring sign for companies to start thinking about responsive design, mobile SEO, app design, mobile advertising and analysing mobile analytics in a more methodical way then I don’t know what is. Mobile’s rise was huge last year, and 4G will play a significant role in continuing the upward trend for the foreseeable future.