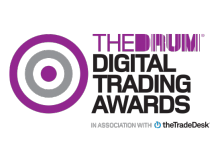 It’s that time of year again when all the award nomination and shortlist announcements are made. This week, it’s the turn of the Drum Digital Trading Awards.

We’re happy to announce that this year Found have been nominated for 6 awards in 4 different categories.

Best Mobile Campaign – ‘Squaring up to mobile’ for Square Meal

We’re immensely proud to be recognised alongside some of our peers for the work we do every day here at Found.

You can watch the video for the YHA nomination here