Canvas uses the same technology employed on the Facebook app to display photos and videos quickly, claiming to load as much as 10 times faster than the standard mobile web. It’s mobile optimised of course – that’s the whole point – and are accessible from news feed ads on Ad Android and iOS; soon to be available on other apps and platforms like Instagram.

The key is that these ads are bright and immersive, but don’t require users to leave the social media platform. Instead the ad loads almost instantly, drawing you into its full screen wonder world at the touch of a button and saving you the five to ten second wait time that mobile websites customarily require since tripling in size in the years following 2011.

And once you’ve made the jump, Canvas adopters will be free from the shackles of low-power platforms, delving instead into the potentially lucrative world of interactive features, including video, tilt-to-view images, animations and a whole load of other content, without the perils of overcrowding or confusions.

Plus it’s pretty easy to get involved, and it won’t break the bank either: businesses will pay the same as they always do for news feed adverts, they just get to guide the user to better quality artwork. The only difference is that Canvas ads bear a small arrow which indicate that a full-screen experience is about to envelope you in all its technicolour glory.

They’re a self-service business, too. No coding needed, no messing around with new software – just a bit of clicking here, some dragging there. Drop in a GIF, add some clickable buttons, play with your headers and then you’re off: set the attributes, target who you want and start treating your audience to a whole new advertising confection.

But do they work? The numbers say yes. The key figures according to Facebook are as follows:

But even in this new and improved medium, competition is stiff. Variation in content and format keeps the users scrolling – pages of text won’t cut the mustard – so what are the insider scoops on how to up your Canvas game?

Canvas ads provide an interesting and dynamic medium with which to engage users – now you have the chance to show the full scope of your business in one enticing snapshot. Will the advent of such seductive adverts drown every news feed with unavoidable promotional material? Facebook says no. But either way, if you want to keep up with your competitors, you better splash some paint on that Canvas and smudge it around as a starting point. The possibilities are endless.

Here at Found we’ve been experimenting with building our own FB Canvas ads, and we’re very impressed with the versatility of the format. We have found that less is definitely more however, especially when it comes to using video files within the ad. Also, the tilt to pan feature is impractically sensitive – so we ditched that from our build in the end, something that I’m sure Facebook will rectify in time. All in all we’ve enjoyed our time with Canvas ads so far and look forward to reporting back about how the format performs for us. 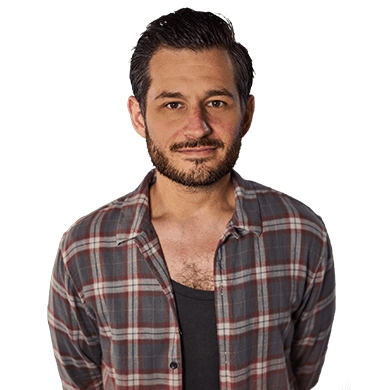