Over the last few weeks, members from our team here at Found have been working closely with consultants at Life Works, a leading specialist in the treatment of addictions and behavioural health disorders, to create an infographic about eating disorders (ED).

The project was to coincide with Eating Disorders Awareness Week 2014 (24 February – 2 March), a week-long campaign whose aim is to raise awareness about eating disorders and to teach the wider community that EDs are treatable and that a full recovery is possible.

Given the sensitive nature of the topic, it quickly became clear that this would be a difficult project for the team to tackle. Despite the tough subject matter, we were able to create something educational, engaging and shareable by collaborating with the Life Works team at every step.

The research phase of this project was another important element, as we ended up educating ourselves along the way, which led us to be acutely aware of the importance of displaying both sides of the online ED environment.

Even though eating disorders affect 1.6 million people in the UK, awareness about these illnesses and their causes remains relatively low.

On top of this lack of awareness, EDs are prone to unfair stereotypes and stigmas. It is all too often that they can be written off as a phase young girls go through. In reality, EDs are serious mental illnesses that claim more lives than any other mental illness.

An important part of this education process is learning about how in the last decade, social media has grown into a dangerous place for people suffering from EDs. Websites, forums and social media sites act as a place where those suffering meet and encourage each other’s ED tendencies by competing to lose weight, eat the fewest calories and to consume the smallest portions of food.

We knew going into this project that it was a very sensitive subject to handle and as such getting this message across appropriately, but accessibly was a key driver for all.

As we begun the research phase, we were introduced into an online world plagued with pro-eating disorder content that most of us never knew existed.

Upon initial research, it seemed a common question from the team was why were sites with this type of content allowed? The unfortunate truth is that each time a site, chat forum or social media group is closed down, it will just eventually reappear with a new name on a new site.

Social media sites like Pinterest, Tumblr and Instagram made moves to ban damaging hashtags such #thinspiration and #thinspo but the effectiveness of these bans can’t really be monitored as variations like #thynspiration continued in use.

Not too long after #thinspiration appeared on Instagram’s ban list, the hashtag was re-allowed, with search results being accompanied by a content advisory warning and selecting Learn More links users to the National Eating Disorders Association website. #Anorexia gets the same treatment but #Anorexiatips gets off warning-free, evidence that these types of restrictions can be hard to enforce. 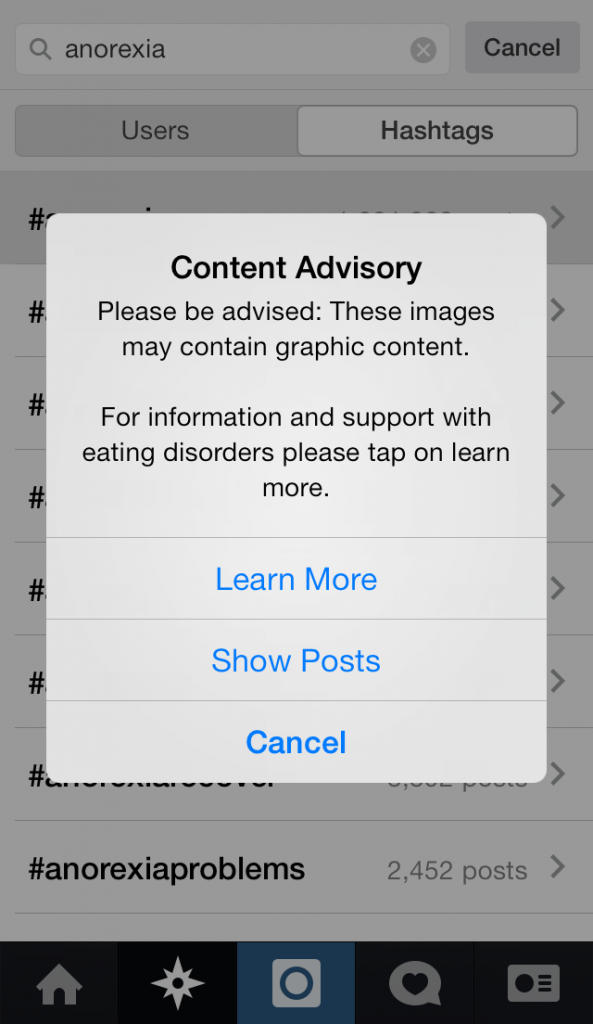 As our team worked through the creation of the infographic, we kept asking the same question “Can Social Media Feed Eating Disorders?” This eventually became the title of our piece due to the amount of research pointing to a correlation between the two.

It was a difficult subject to tackle. As we worked through the design, statistics and research, it became apparent that in order to remain respectful, sensitive, helpful and informative to those suffering and the work Life Work conducts, it only made sense to include the ways in which social media is a positive influence.

From online support forums to those fighting back with positive images on social media sites, the potential is there to create safer spaces online. 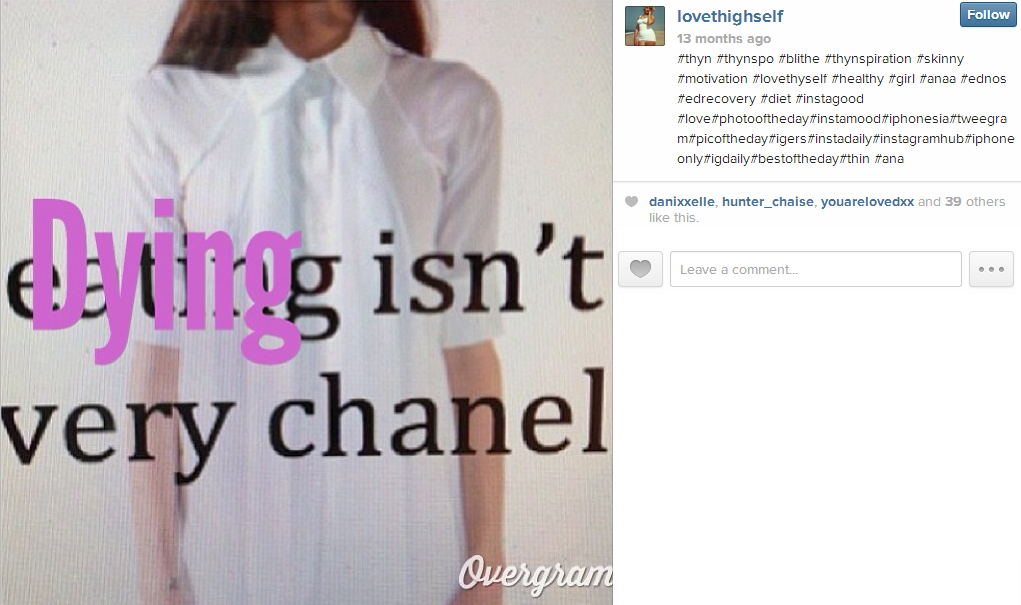 Of course, eating disorders are caused by a complex combination of factors and there is still a lot of work to be done in order to raise awareness about these disorders, including spreading the message that they are treatable. Life Works saw how we were trying to use the infographic to educate, and supplied us with 10 tips for overcoming an eating disorder which gave us a strong conclusion for our piece.

Overall, working through such a difficult subject matter was an important learning experience for every member of the team who touched this piece of work.

Most interesting for me was a bit of research we came across from the West Indian Medical Journal. It found that people with no history of eating disorders subconsciously ate less for three weeks after being exposed to pro-anorexia sites.

Immediately I asked myself, did I do the same?

Share this image on your site by the using code below: