One of the services that Google offers to agencies is a dedicated account manager to provide assistance, advice, analysis and other words beginning with ‘a’ for specific accounts, particularly for the larger and more complex ones. While it’s not exactly unwelcome to have a third party keeping an eye on things, it should always be considered in context. After all, in this particular case the advice is coming from Google, the very company with whom the majority of clients will be investing their PPC budgets. If a high-spend keyword wasn’t working out for someone, would Google really be the ones to tell them to stop pumping money into it? 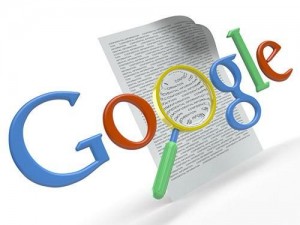 We recently received a customised report from Google for one of the larger accounts we manage which included suggestions on how we could make improvements. Basing itself mostly on ad positions and predicted volumes, it began with the headline “Higher Positioned Ads Get More Clicks”. Nothing to disagree with there – this has largely been the case for many years. However the very next slide made the altogether more dubious claim that “Better Positions = Better ROI”. Given that the focus of the report elsewhere was on increasing budgets and positions, I think it’s safe to assume that although they say “better” it could certainly be read as “higher”, even if they have taken care not to explicitly use that word. Indeed, the following slide goes on to tell us that by appearing predominantly in middling positions we have missed out on hundreds of thousands of clicks.

[Check out 5 tips for maximising ROI with PPC]

Their meaning here is important because it could prove to be misleading. In this case all sales data for the campaign was processed through our third-party tracking tools, meaning that Adwords had no sales metrics upon which Google could base their recommendations. If they were suggesting that higher positions would yield higher ROI then it’s nothing more than an assumption that could prove to be either true or false; without sales data there is simply no way of knowing. If they didn’t intend to make that link between “better” and “higher” then what was the purpose of the report, given that a statement like “Better Positions = Better ROI”, with no statistics-based insight to demonstrate it, is essentially an empty piece of common knowledge? Ultimately the semantics prevent us from knowing for sure.

What we are sure about is that higher positions don’t necessarily mean higher ROI. The higher an ad gets on the Google results page the more highly contested the positions become, and bids can quickly skyrocket, particularly for certain high-traffic generic search terms. 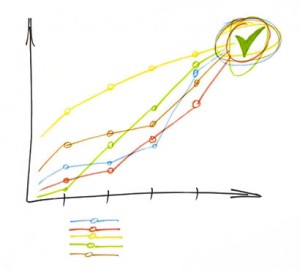 In addition to this you may have different ways of measuring the ROI of certain keywords; a costly generic may lose you money when

considered in isolation, but when placed in the context of the full customer journey it may be brilliant at seeding interest that turns into a sale further down the line. Finding the right position for a keyword requires complex analysis and is not merely a case of trying to place them as high as possible in the SERPs. So, just be careful. Yes better positions will equate to ROI but don’t confuse better with higher.