Intelligent search results: 5 things you should know about Google RankBrain in 2016

Back in March, Microsoft’s AI-based bot, Tay, had a bad day on Twitter when it was hidden from the public after breaking and becoming racist. That episode is in stark contrast to the success beyond expectations currently being experienced by Google’s new machine-learning tool, RankBrain. According to Google itself, the Machine Learning program is now being used in a significant fraction of the billions of search queries it receives every day.

If RankBrain, or its importance to SEO, are new to you, here’s what you need to know…

What actually is RankBrain and how does it work?

The algorithm that Google uses for its search results has always been shrouded in secrecy, but we know that it is influenced by several hundred signals one of which is RankBrain. What makes RankBrain different is that whereas other signals used in the algorithm such as page-loading speed have been discovered and input by Google’s own designers and researchers, RankBrain has the ability to learn for itself.

It recognises patterns that allow it to make vague search terms specific, establishing the intent behind verbose or indistinct queries that could trip up the search engine. RankBrain heralds the rise of machine learning in search – a program that can be used to process complex long tail keyword combinations, ambiguous terminology, colloquialisms or conversational speech. Over time, RankBrain will learn from user behaviours, making it even more accurate and effective.

Key to understanding how RankBrain works is the concept of using word vectors to understand context or mapping the mathematical relationships between words. This Google article explains how a system (possibly RankBrain going by an earlier name) was able to learn the relationships between countries and their capital cities by being fed news articles. 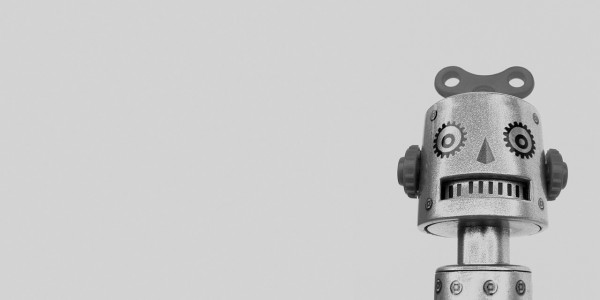 Why is it necessary?

The ways in which we interact with search are changing – many of us now speak directly to our phone or tablet, and those queries could be made up of complex, difficult-to-understand phrases. RankBrain is vital in narrowing down what people are really looking for.

By Google’s own estimates, some 15% of search queries it receives daily are completely new to it. RankBrain will make accurate guesses based on the knowledge that is continually improving upon. Google has said that much work is done offline, possibly by feeding text to the program so that it can analyse the semantic relationships between words and phrases.

RankBrain is already being used worldwide. Alongside links and content, it is now one of the three most-important signals the search giant uses among several hundred to make up its algorithm, Hummingbird.

RankBrain may be the biggest step Google has taken to date into machine learning, but previous algorithms such as Panda have also employed it to some extent. Microsoft’s little-spoken-of RankNet, meanwhile, uses the concept of neural nets and is not totally dissimilar to RankBrain. The big leap some are predicting, however, is that RankBrain will at some point evolve into what’s termed Deep Learning, when it no longer needs a human to input ranking factors, but can determine them for itself.

What are the implications for current SEO practises?

Google only confirmed it was using RankBrain in October 2015, and has provided few details since, so it’s still quite early days to judge its effect. What we do know is that as the top three results on a page become more finely-tuned to the searcher’s actual wants, competition for positioning will become tighter than ever. 10x content, as defined by Rand Fishkin, could be a dealbreaker.

RankBrain isn’t used for all searches, but specifically (at the moment) for those that have never been seen before or that contain unfamiliar phrasing. If, as some experts predict, RankBrain’s deployment expands in the future, then it could potentially devalue previous SEO structuring. Hummingbird focuses on what’s called Latent Semantic Indexing – you may have heard the term “Things Not Strings” being bandied around recently in SEO circles – RankBrain is looking behind the actual keywords and phrases on your pages for the underlying relationships between them – the content’s theme. 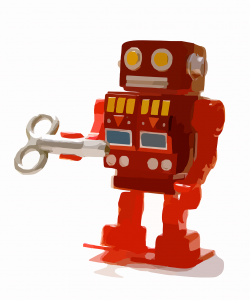 How do you optimise for RankBrain?

As ever, create content with the user in mind, rather than a bot. Data will help you to determine what your users are really looking for, and you can then produce unique content in line with those findings. Smart promotion is key as popular content being widely-linked remains a big influencer in rankings.

Marking up that content with structured data will give and RankBrain a helping hand to understand what the purpose of each page is and engaging in semantic SEO practises will be productive in informing the program that your website is relevant.

Remember “Things, Not Strings” – create landing pages with many different keywords and phrases all related to one topic.

User reviews will likely gain in importance as RankBrain scours the web for what it deems “real language” that it associates with what the searcher has in mind – your site could be ranking for themes you may not have added to your own content, for instance if the hotel you’re advertising is considered by some guests to be family-friendly, or perfectly-located for a particular attraction.

What RankBrain shows us, beyond the fact that Google is once again shaking the foundations of search, is that machine learning through pattern recognition is going to be a major factor in the future. We can expect search results to become more comprehensive and reliable than ever before, and as a consequence, the importance of useful content grouped around topics has never been higher.