Why sea shanties on TikTok were inevitable

You may have seen articles recently talking about the latest TikTok trend to blow up – sea shanties. Puzzling lots of people and bringing joy to many others, these hearty tunes are the latest twist in the wild ride that is the twenties. However, I don’t count myself among the surprised and confused because as I sit in my hindsight heavy eyes, I can smugly say I saw this coming. In this blog post I show you my working, how I worked backwards to arrive at the realisation – sea shanties on TikTok were inevitable.

We start our journey with some classic Google Trends data, the bedrock of any pseudo-scientific endeavour. Here I looked at the term ‘sea shanty’ globally to see if there were any trigger events that started this whole saga. I had a hunch that the two naval themed Assassin’s Creed games were to blame and I think the timings line up (try and spot the two peaks in 2013 and 2014, potentially corresponding to the game releases).

Let me explain. Back in 2013, Ubisoft released their latest installment of the Assassin’s Creed series of games – Assassin’s Creed IV: Black Flag. Some background on the game: You play as a recruit of a shadowy group that works to dismantle an ancient order bent on controlling the world. Each game has a historical setting, with lots of research into the time and the traditions. It’s where I get most of my history education.

This instalment of the game was set among islands of Jamaica, Cuba and the Bahamas and featured the ‘Golden Age of Piracy’ from the early 18th century. A feature in the game allowed your ship crew to sing sea shanties, and the gaming community lapped it up. People posted lyrics on Genius, and their favourite compilations on YouTube garnering over 6M views. Kotaku even featured an article professing their love for these songs three years later. Another instalment of the game was also released in 2014 with more sea shanties further fuelling the fire.

All went quiet for a few years, until the call of the sea beckoned once more. In 2019, the company A24, who produced movie buff favourites like Midsommar, Uncut Gems, Moonlight and more released a film called The Lighthouse. Centred around two lighthouse keepers, the film doesn’t actually feature a single ship or shanty anywhere. However, the film had a cult following online, almost a niche subculture of its own where reddit users would share memes and copypastas. Salty air and hallucinated mermaids did nothing but fuel the fire of what I’m dubbing ‘seame’ (sea + meme) culture.

The final and third leg of my three legged stool argument that proves why sea shanties on TikTok were inevitable is the scientifically researched fact that singing with other people boosts your mood and improves your health. With the world turning upside down last year, people flocked to TikTok so that they could revel in and share their favourite singing and dancing videos. I could go as far as to call it digital chicken soup, but I won’t. These catchy earworms and dance trends all start in pop culture somewhere and now that sea culture was bubbling in the zeitgeist background, it was primed to get big. It was never a question of if, only when. Nathan Evans singing Wellerman was an instrument of the collective social consciousness, a pawn in the pop culture agenda, the hurtling trolley down the thought-experiment-brought-to-life track that was the start of the 2020’s.

Below are a selection of the people’s favourite sea shanty TikToks that I hope will make your day a little brighter.

Update: TikTok have jumped onto this trend themselves and made an ad celebrating the #SeaShanty, watch it below:

If you’re looking for another social music trend was born in the wacky 20s, keep an eye out for Bardcore (or tavernwave as it’s sometimes called). 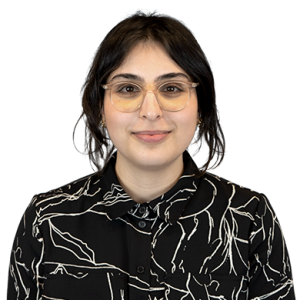