I have to give it to them, Google are pretty dedicated when it comes to naming their major algorithmic updates after animals starting with the letter P. First we had the introduction of Panda back in February 2011, followed by the Penguin in April 2012 and now we have Pigeon. However, has this latest name been created by Google themselves or by online publisher Search Engine Land? It is in fact the latter.

The following quote from veteran Barry Schwartz on the 25th July verifies this “Last night, Google released a pretty significant local search algorithm update. Google told us there was no internal name for the update, but now that we see that it was fairly significant, we decided to give it a name: Pigeon.”

All Google have shared to date is that the new local search algorithm ties deeper into the online search capabilities, which covers numerous ranking signals not to mention features such as synonyms, spelling correction, Knowledge Graph,  and more. Furthermore, Google have said that algorithm enhancements have been made in relation to their location and distance ranking parameters.

One of the things that has been noted so far is that the rankings of local directories have improved as they are more likely to appear on the first page. This may in part have been a response to businesses like Yelp complaining that they were being unfairly pushed out of the results.

Click to view Google’s street map view of humans with pigeon masks on.

If anything, this update just reiterates the importance of submitting a website that utilises local search to local/business directories for the NAP (name, address phone) citations they give you. These citations have an impact on local search rankings in a similar fashion to links on the regular listings. With the local map packs being reduced, things are going to get more competitive, meaning that this is more of an advantage than before.

Google haven’t yet shared any details about if and when the update would roll out more widely in other countries and languages. What we do know is that Pigeon, as we’re calling it for now is only impacting US English results at present.

MiShop.local are specialists in local listing optimisation, so we recently asked them for their feedback on this update. Here is what Dave Whatley, their Managing Director had to say about it at all. “The results seem to vary depending on search terms and between sectors.

Local search results would typically have been displayed with two or three organic results appearing above the ‘7 pack’ and with a mixture of local listing sites and local business websites underneath.

Since Pigeon, early indications are that good local listing sites and local social sites are appearing above local businesses results and the ‘7 pack’ has less prominence or is diminished in size. 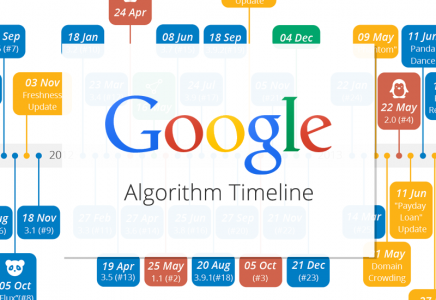 Local listing and local social sites with strong local SEO signals and authority may appear at the top of SERPs for local search and in doing so, generate more direct traffic. The implications are that it is now even more important that a business listing on these sites is correct, consistent and contains rich information.

Pigeon actually strengthens the case for building your local listings. A business should be listed on the bigger sites that are appearing above the traditional local results.

It is too soon to say what the long term impact of Pigeon will be on local search, however, in our opinion, the fundamentals of Google local search will remain the same; they are about the distance, relevance and prominence of a business and how it is listed in local directories.”

What are experts tweeting about Pigeon?

Mr Naylor doesn’t go into too much depth with his own personal view but has begun to realise how much the name “Pigeon” is really sticking with his fellow search professionals and clients.

On 1st August Barry and the Roundtable team reported on a refresh of the update (Pigeon 1.1) only a week after the initial update. However, Google’s feedback was that they had nothing to say it’s likely they won’t provide future details on changes on the local search algorithm.

Danny tweeted one of Barry Schwartz posts explaining how Expedia managed to wriggle their way into Google’s local carousel results for the phrase “New York Hotels” even though they are not a hotel. Google have recently changed the companies local listing category from travel to the “corporate headquarters” category. Over time this should fix the current issue.

The key takeaways from this update are as follows;