Today saw an interesting success story unfold in the gaming industry as Double Fine, a developer of leftfield video games who have recently been exploring the possibilities of Microsoft’s Kinect hardware, put forward an appeal on Kickstarter asking for $400,000 from their fans to develop a new adventure game. That appeal went live less than 24 hours ago with a goal to hit the target within 33 days. At the time of writing eager fans have pledged over $650,000, taking Double Fine way over their target in less than a day.

Of course it’s unlikely that many artists or developers will be able to emulate this kind of success. Double Fine are unique in that they possess a number of hugely well known, well respected and influential figures from gaming’s heyday, specifically Ron Gilbert and Tim Schafer. While those names may mean little to a younger generation of gamers, to an old man such as myself whose childhood was lost to games like Monkey Island and Grim Fandango they are icons, legends even. With their pedigree and their body of work as their credentials, these two are perfectly placed to find an audience on Kickstarter where other unknown developers would struggle.

But though it may be too early to make assumptions about the validity of the publishing model that Kickstarter presents, one thing that this success story does prove is the power of Social Media. For while there was never any real doubt that Double Fine could raise such a modest sum for the game, the speed with which they hit, and exceeded, their target was incredible.

Bare in mind that this particular genre of game was generally considered “dead” by mainstream publishers, with no significant examples having seen release by a major studio in well over a decade. Though an audience for the genre does (evidently) exist, the chances are that they weren’t out there scouring the internet waiting for this kind of announcement; many adventure game fans will have simply stopped waiting and moved on. Yet, despite that, this campaign has not only managed to draw these people to Kickstarter – a site that I imagine few will have previously heard of – but has done so in a matter of hours.

Welcome to the power of Social Media, where an idea, an event, a piece of media or anything can spread like wildfire across the internet in a matter of hours. 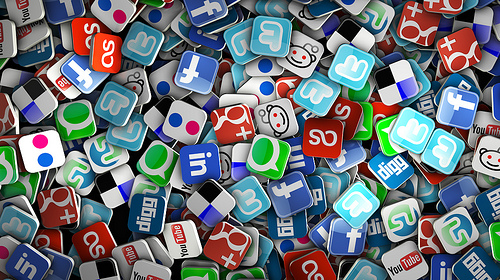 While there was good coverage of this project on various gaming sites and communities, the big drivers of traffic seem to have been the larger web communities like Reddit and Twitter. These groups now wield immense power, not only in the digital world but the real world, thanks to their ability to spread information to millions of people with incredibly rapidity. This power of voice saw Twitter being labelled a key instrument in the Arab Spring of 2011, so much so that various governments – including our own – have considered banning it outright.

It should be pointed out that while this particular story is one of success, most viral “outbreaks” like this have tended to be rather more negative.  Consider the case of Lee Steele, the Oxford City striker who was fired after posting a homophobic tweet about former Wales rugby player Gareth Thomas. And it’s not just individuals who can suffer from negative social fallout; Papa John’s found themselves at the centre of controversy when a customer uploaded an image of a receipt which referred to her as “Lady Chinky eyes”, and GoDaddy were more recently the focus of a social media firestorm when images appeared online of their CEO posing over the body of a slaughtered elephant with gun in hand.

Even the most careful companies and brands could potentially end up on the wrong end of such criticism and anger, and perhaps not even from quarters that they expect – a number of large companies recently incurred the wrath of millions by publicly supporting the controversial SOPA bill. As such every company with a significant digital presence or of significant size should have a social media strategy and a crisis control plan in place to anticipate and deal with these issues, and monitoring tools that can locate them the moment they come to light. To wait, even for a few hours, will see the damage spread far and wide.

As a Digital Marketing Agency, Found have the tools and expertise to monitor the social space and look for areas where a company or brand is being discussed. For more information on how we utilize these tools as part of a social media crisis management strategy, stay tuned to this blog where my colleague Gareth will soon be writing about the subject in more depth.