Any SEO will remember the period of April – May 2012. For most search engine marketers it was a period of intense activity, mainly due to three important Google updates being released which caused a high ‘turbulence’ in search engine rankings. Turbulence is such a great analogy, that SEOmoz produced MozCast, a simple weather report which shows how much rankings have changed on that day. A few months later, we thought we could see another hurricane on the horizon as four Google updates are rolled out.

Google’s Panda is certainly not shy

So, starting with the oldest one that was announced on 27 September 2012, a new update to the post Panda algorithm was released and was said to impact 2.4 of English queries and 0.5% of non-English ones. This would make the 20th update we’ve seen so far for the Panda change since February 2011. It looks like Pandas take a lot of looking after. 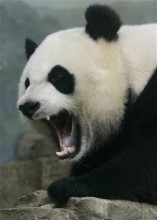 About the same time of releasing the new Panda update, another change was announced. This time it was to do with something new that Google has apparently been looking at for the past couple of years: exact match domains ranking well. This update is likely to hit 0.6 of English-US queries. 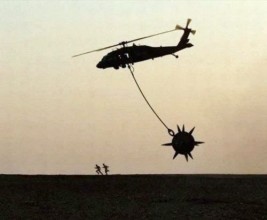 When I first heard and read about this update I decided I did not like it. Could it mean that affiliates selling products on keyphrase exact matched domains were now doomed? After a bit more research I realised that once again Google wasn’t being that mean. This update is likely to impact exact match domain websites with poor content and of a general low quality so if your website is ranking well exclusively on the exact match domain premise and it doesn’t offer any quality unique information, you may now have to change your strategy.

Following the chain of updates, a few days ago, there was a third update to the fierce Penguin spam-fighting algorithm which is said to impact a further 0.3% of English language queries. This update is now likely to affect queries in other languages too such as Spanish – 0.4%, Italian – 0.3% and French – 0.4%. 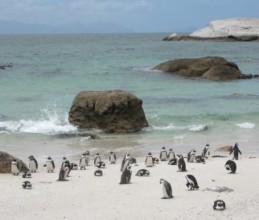 I think it was high time searches in other languages were filtered a bit too. Having worked in the international arena of online marketing for a while, I have seen a large number of poor quality foreign language websites ranking above websites which I, as a user, would have deemed more relevant and useful websites.

And finally, on October 9th, Google announced the “Page Layout” update which, according to Matt Cutts, will impact only 0.7 of English language queries. This is the second update in this series, with the first one having been released in January 2012 which impacted around 1% of queries. Similar to the first one, this second update relates to the layout of a webpage and focuses on the amount of ads that are placed above the fold of a webpage. Matt Cutts’ concern was that landing on a page with numerous ads positioned above the fold make it difficult for people to find the content they are looking for and thus doesn’t provide a good user experience. So instead, people should focus on placing the content high up on the page to make it easily accessible without having to scroll down and move the majority of ads below the fold.

I suspect this is going to hit websites with poor content which are exclusively built for the purpose of generating revenue from AdSense ads and other banner advertising forms. We’ve all seen them: websites which offer little or no content despite the promising Meta descriptions and which seem to be a collection of ads followed by some generic blurb.

Whilst I think this is a good update which will filter the well-optimised but poorly built and written ‘advertising websites’ it remains to be seen whether placing a couple of ads on your high page rank,  ’Google-friendly’ website is going to see you penalised.

In Conclusion – What’s next?

Although the latest updates do not offer too much that is new, it is clear that Google is keeping up its quest to improve search quality.

Anyway, we look forward to the next update (are we ready?) which I dare to think that will be about targeted keywords. I think the day when you have to use your brand’s name next to your main keywords in order to please Google will come. They already seem to be favouring big brands and highly natural link profiles, so it definitely looks as if this is where we’re heading. The time to make sure your branding and publishing standards are up to scratch has arrived.