Why Artificial Intelligence is the future of SEO

Artificial intelligence is a fascinating subject to me. Not only will it change the future of the world, it is already here affecting modern life. Problem is, we just don’t know if it will be a curse or a blessing. However, once humanity reaches the singularity – that is, the moment when we reach runaway technological growth – and we go from AI to ASI (Artificial Super Intelligence), and which is expected to occur around 2050, we will find out.

I think ASI could be our salvation because it will empower what’s left of humanity to progress beyond what Darwin described as our ‘lowly origin’ into a species which can heal a planet and spread beyond the earthly limits, into space and deep into the Milky Way. How cool would that be?

So, why am I talking a load of nonsense? Well, when I think about how SEO has changed over the last decade, I think that is has become harder and harder to perform well. And this isn’t just my opinion. Rand Fishkin, an industry heavyweight also believes this is the case, and as per usual, spoke about it at Brighton SEO brilliantly.

One of the key ways in which SEO is getting harder, as identified by Rand, is the 20% decrease in organic mobile CTR, and the 20% increase in mobile no-click searches. In other words, there is an ever-decreasing number of available clicks to organic listings for both branded and non-branded queries. There are several factors contributing to this shift such as the rise of featured snippets and the new Google functionality for things like flights and jobs. Suddenly, the Google landscape looks very different compared to just two or three years ago.

Consider the complexity of Google’s search algorithm, the sheer scale and size of the whole thing at a global level. The amount of data being processed, and the amount of computing power being used every single second is truly awesome. And what do we get? All of mankind’s knowledge on a screen at your leisure. But anyway, I’m getting carried away.

My point is that AI isn’t a choice. It’s a requirement. We wouldn’t be where we are today without it, and like many of the world’s best inventions, it was made by Brit. During World War II, Alan Turing cracked the Nazis enigma code with the help of his famous Bombe machines and later went on to develop the basics of computing that we use today. This was followed by the creation of the Turing test, which was designed to test a machine’s ability to exhibit intelligent behaviour equivalent to, or indistinguishable from, that of a human. A true hero and visionary.

But I’m getting carried away…

We already know that one of the biggest pillars of SEO are keywords. Unsurprisingly, our language is at the heart of the way we search, but language is a complex thing, and considering the huge amount of data we have to use, we employ certain tools.

SEO today requires AI in the form of the tools we use. If you’re using one of the major tools such as Ahrefs, SEMRush, or Moz, then you’re effectively using AI already. It is my job to define, develop and deliver the right strategies to deliver success to our clients. So, any tool that can better assist me in identifying the right opportunities and help me make the right strategic decision I want to use.

The other benefit of AI which often goes unnoticed is the increased time efficiency and productivity. The more efficient we can be with our time, the more productive we become. Not only that, it enables us to use our combined knowledge, skills, experience and, perhaps most crucially, our creativity to surpass our client’s objectives and expectations.

The benefits AI offer SEO are clear and so rather than fear it, we need to embrace it. Thankfully at Found, I am very lucky to work with a data and science team that share my optimism around AI. They are doing some amazing work to develop our own internal tools which will help make us better at our jobs, more efficient with our time, and, ultimately, more productive. With advantages like this, it’s little wonder why I view AI with such optimism. 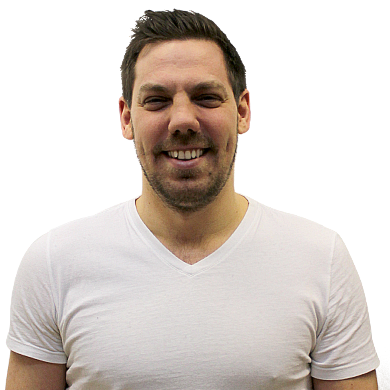