Well, we knew something was coming; it was simply a case of what. This week Google announced a major change to Google Adwords, the launch of Enhanced Campaigns.

In a world where everyone is forever on the move, this shift is a significant statement from Google that the multi-screen world demands multi-screen, highly targeted, localised search. Shocked, annoyed and somewhat frustrated was how I first felt when Google dropped this announcement on us, with no previous hints or suggestions that such a change was coming. My initial reaction was that it was another, yet more radical, change that will simplify the targeting for agencies and advertisers alike. But, the truth of the matter is, it isn’t. Whilst this is absolutely a move in the right direction, the fundamental changes to campaigns could result in campaign management becoming more complex and time-consuming.

So what are Enhanced Campaigns?

Enhanced Campaigns has brought about some significant changes to how advertisers will analyse, build and target their paid search campaigns. There are a number of changes but, to sum it up, you no longer have to build individual Adwords campaigns to target different locations and devices – such as desktop, mobile, tablet – signifying less time, effort & know-how to achieve almost identical optimisation results.  However, you need to be savvy with budgeting as these changes will also bring about the potential to over or underspend your previous budget, with the former being the most likely.

Bing got there first

Google is not the first to change its campaign targeting in this kind of manner; Bing already has a similar ‘enhanced campaigns’ functionality within its interface, an option that’s been around for quite some time, although it is largely underutilised.  This is predominantly because it’s not been widely promoted and it’s not a compulsory enhancement.  I remember loving this concept when it first came out and wishing that Google would adopt a similar approach. 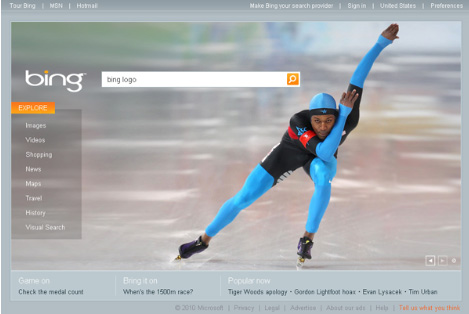 Will this make mobile advertising easier?

No clarity has been given yet as to whether mobile targeting will become an ‘opt-out’; whether, if you leave your desktop targeted campaign, it will automatically be turned into a universal device campaign, including mobile. This may lead to less targeted ads on mobile as well as the addition of more advertisers on the platform space, abolishing the cheap CPCs that used to exist there.  In short, rather than users enabling a campaign across devices, this will happen automatically. The upside is coverage, clicks and conversions in areas a campaign has not necessarily targeted before, but advertisers must watch their clicks and CPCs as increased coverage can quickly turn into increased expenditure.

Third party optimisation platforms will have to rebuild themselves to bring in this new data from the API changes in time for June (Enhanced Campaigns will be an option for advertisers until June, when all non-Enhanced Campaigns will be migrated) so it doesn’t give the platforms much time to adapt.  Although Google’s Doubleclick is raring to go; it is “fully ready for this change”, according to the official Adwords blog.

Is this just a way for Google to make more money?

Of course this change will assist Google’s revenue but, when thinking long-term, the Google revenue model is aligned with users and advertisers. And the more I look into this change, the happier I am with it. Why? Well, in one breath it simplifies optimisation processes but, simultaneously, it adds another layer of complexity due to the key point that it is emphasising. And that’s what makes me tick.

People search similar keywords with different intent due to situational factors. Situational factors are location, hour of day & device, but not just at that one point in time, historically too. These factors have grown in importance dramatically over the last few years, as a result of the introduction and advancement of multiple devices; and the advertising world needs to take a hold of these now-fundamentals. We’re already able to acutely target Facebook campaigns based upon location, age, interests, sex and much more however the growing levels of complexity in targeting means we will soon be able to create search campaigns that target by sex, salary, applications and more – something that would be near-impossible to optimise in pre-Enhanced Campaigns Adwords.

Advertisers need to be smart

Enhanced Campaigns will see a number of advertisers fall short.  Whilst advertisers have the ability to more easily adjust campaigns to situational factors, without years of experience to understand how to react to this data, mistakes will be made and opportunities will be missed. The more I have learnt it seems that you will still be able to target campaigns in the old-fashioned way by adjusting the new settings and, in a number of cases, this will still be the best way to do it over and above the enhanced simplifications.  Google will slowly release more information about the switch however attention to detail and preparation will be the key to success.

What are we doing at Found?

We love a challenge. And we love nothing more than challenges like this, where we can quickly get under the skin of the changes and devise the right strategies for each of our clients. As an agency that likes to challenge the status quo, we equally love to see others challenge it to, and Google has done exactly that.  A huge part of Found’s competitive advantage is our ability and speed to adapt to changes in order to ensure we are always delivering exceptional campaigns for our clients.  As a specialist search agency, we will be working with each of our clients to rollout the most appropriate strategy to ensure continued competitive advantage and, ultimately, the growth of clicks to conversions.

If you want to find out more or want to discuss your campaigns with us then please do contact us at discover@found.co.uk or call us on 0208 653 6709.