Q&A with Josh Adams, Head of Video at Found

Here at Found HQ, we know the value of a great working environment and spend a lot of time getting to know our workmates, whether that’s over a game of pool at lunchtime or over some Friday beers at the end of a busy week. So, in light of the launch to Found’s video strategy and production suite (watch this space for more information), I sat down with Found’s Head of Video, Josh Adams, and asked a few probing questions to try and understand just what makes this guy tick…

If you could be any film character for a day who would it be and why?

Captain Jack Sparrow from Pirates of the Caribbean – I’ve always wanted to sail around the world and couple that with a few bottles of rum and unlimited amounts of gold, I think I’d have a pretty unforgettable day!

What talent do you wish for?

I would love to be a much better surfer than I am. I’ve been really lucky and had the opportunity to surf in some incredible places – Bali , Malaysia, Devon and Cornwall to name a few, but that surfer within me is definitely still a bit rusty.

What is your greatest fear?

Falling from a great height without any safety measures, the parachute malfunction nightmare.

Definitely Josh! Joshua only gets used when I’m in trouble…mainly by my mum.

Is it more important to be liked or respected?

I’m sitting on the fence with that one; I think it’s crucial to have both. I really don’t think one can work without the other.

Who or what inspires you and gets those creative juices flowing?

I love sitting in the middle of the Mark Rothko room in Tate Modern. It’s got a very strange but incredibly powerful and inspiring energy to it.

Any weird requests or demands from clients in the past?

Well, my first ever job in the world of production was making tea for Playboy! It was for a TV series about the Playboy Mansion, so whilst there wasn’t any weird requests as such, I think serving tea around a lot of nakedness was quite a bizarre welcome to the world of video and production.

If you could be remembered for one thing, what would it be?

For making the meanest smoked BBQ banquet! I’ve always loved cooking and actually own my own smoker! There is nothing quite like some great home-smoked meat on a BBQ.

Any advice for all those young and budding film producers out there?

Absolutely! Stick with it…absorb and learn as much as possible on each job. Always seek to expand your network and get to know those around you, as you never know where that could lead. Persevere and don’t grumble at those 4am wake up calls!

It would be rude not to ask… so finally, what is your ultimate ‘must see’ film?

That’s such a tough question but I think I will have to go with Empire of the Sun – it’s such a beautiful, classic Spielberg production. I also think Shawshank Redemption has an incredible script and story telling, so is certainly a must see too.

Josh has worked with a roster of clients including Google, Channel 4, ITV Studios, YouTube and Sony Pictures, both shooting and producing digital content for entertainment and advertising formats, and we’re really excited to have him on board with us!

We’ll be following this post with more details on our expansion into video strategy and production, but in the meantime why not check out our showreel here. 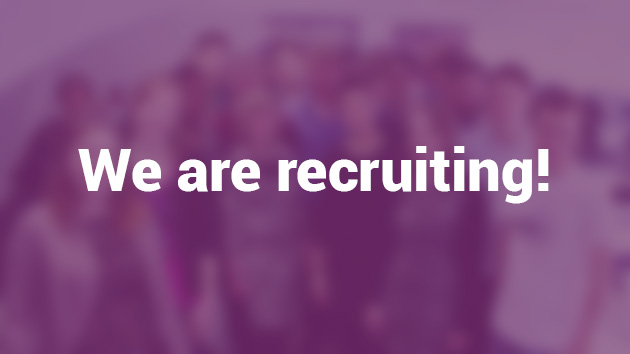